The State and Future of Military Recruiting

Military recruiters are essential to the endurance of the military, plain and simple. Every year, they’re expected to enlist roughly 200,0001 new recruits, through good times and bad, during wars, economic rebounds and questionable leadership. And if finding 200,000 volunteers to put their life at risk wasn’t hard enough, each recruit must meet the stringent standards set by each branch. So yeah, recruiters are pretty badass.

But…. the military recruitment industry is a juggernaut. With over 15,000 recruiters9 to pay salaries, bonuses and education perks to, as well as support staff, vehicles, rent and advertising, it’s no wonder that the military spends over $3 billion annually9 to accomplish its recruitment goals.

So the question is, is there a more efficient way to execute these recruitment efforts? In the following text, I point out the challenges associated with the recruitment industry and explain why I believe that the playbook will be changing in the coming years. 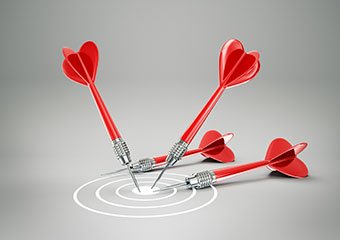 Historically, recruiters have a near-perfect track record of meeting the demanding quotas set by each branch. According to a recruiting study published in 2009, the military recruitment industry has missed quotas only twice since 1982. Once “in 1998, during a time of extremely low unemployment, and more recently in 2005, when a confluence of factors made the recruiting environment particularly difficult9.” Since the release of this study, the Army missed its recruitment goal in 20158.

However, the pressure to meet these quotas may become even higher. Brian Wagner reports that The Center for Naval Analysis (CNA) anticipates the recruiting environment is “likely to become significantly less fertile in the near future” and says that the population of potential new recruits in the United States, aged between 17 and 24 years, has “become increasingly unqualified for military service6.”

Another factor in the military’s effort to achieve its recruitment goals is maintaining costs. Currently, the cost to enlist a qualified recruit is estimated to be between $13,000-$24,000. If this figure sounds astronomical, you’re not alone. Yet this is apparently not sufficient, as “The Defense Department (DoD) has asked Congress for a $575-million ad budget to help the services meet their recruitment goals in fiscal year 20173”.

In addition to the usual costs associated with recruiting, security of recruitment centers is now becoming an issue. Jeff Schogol of Marine Corps Times reported that “The Defense Department is pressing ahead with up to $80 million in physical security improvements to recruiting centers after last year’s fatal terror attack in Chattanooga7.” Improvements are mostly focused on providing ballistic protection in recruiting facilities.

The military recruitment industry seems to be stuck in the 20th century when it comes to recruitment tactics. TV ads, booths in shopping centers, cold calling and attending sporting events are commonly relied upon strategies to attract new candidates. While these types of campaigns have a time and place, they are no doubt very labor-intensive, un-scalable and don’t leverage technology.

While it would be inaccurate to say that the military hasn’t tried to build up its online presence, their efforts have fallen short. As Norman Leahy of AMI Newswire points out “while clicks on banner ads and likes on Facebook are a necessary part of raising awareness of opportunities for military service, the bulk of recruiting is still conducted with old fashioned marketing techniques such as direct mail and one-on-one meetings3.”

An emerging trend that I believe will ease the pressure on recruiters and reduce overall spending is the shift toward employing the digital expertise of the private sector. Military branches are increasingly relying on contracts with marketing firms to accelerate their online recruitments efforts. For example, the Navy recently signed a five-year $457 million5 contract with global advertising agency Young & Rubicam Inc. The remaining four branches have also established similar contracts.

While this is certainly a step in the right direction, contracts should be strategic and results-oriented. The Government Accountability Office (GAO) recently assessed the ad spending of the armed services and found that, while the DoD “has taken steps to coordinate some advertising activities among the military service components,” overall, “it has not developed a formal process for coordination” and “possible unnecessary duplication, overlap and fragmentation may result from the absence of coordination3.”

In a world where millennials spend over three hours per day on mobile devices10, not targeting the massive online audience is a missed opportunity to attract eligible candidates. At RateTheArmy.com, our goal is to help recruiters find interested recruits and help recruits find interesting careers. As we continue to grow, so will our capacity to assist recruiters in meeting quotas, reduce budgets and free up valuable manpower. The military recruitment industry is going through a digital renaissance and we are excited to be on the cusp of it.